← more from
100% ELECTRONICA
Get fresh music recommendations delivered to your inbox every Friday. 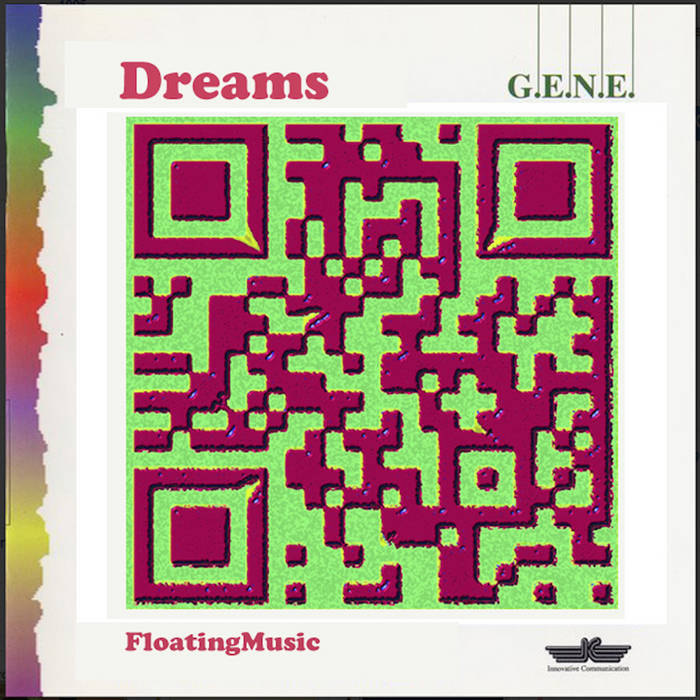 G.E.N.E. Presents 3 lost albums: Islands, Harmony, and Dreams.
These 3 LPs were originally recorded in the year 2000, but have never before been heard, until today! These new compositions are accompanied by new cover art, featuring Michael Weissers so-called "i:codes," a kind of stylized QR code that functions as both art and a working QR code.
You can find more information on these i:codes on Mr Weisser's webpage: www.qr-lab.de
A complete inventory of Weissers art media can be found here: www.rice.de

The G.E.N.E. story:
In the solitude of the Canadian Forests, south of Montreal, the concept of GENE was born, and there could hardly have been a better place for this new form of music!
At a lumberjack camp, on the shores of one of the countless lakes, a men's crew was busy frying freshly caught pikes as guests reached the camp. A film crew prepared to record the idyllic scenery for a commercial. A member of the team was a musician, who not only enjoyed the ride over the crystal-clear lakes, but also had crispy pike in sage butter and Californian red wine.
The musician was Cléo de Mallio . And the anglers crew were Bob Chacra (owner of the Montreal Chacra label),Mark Sakautzky (music publisher from Hamburg) and the Bremen media artist Michael Weisser.

While working on 'Software,' Weisser had the idea to combine electronic music with the natural sounds of strange locations around the world.

Bandcamp Daily  your guide to the world of Bandcamp